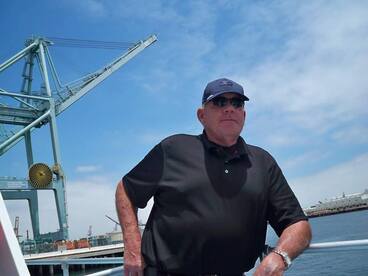 By: Joe R. Browning
As the voice of the Benton Rangers, I called 21 regional titles, at Benton High School, during Rich Herrin's run-of-dominance. This included 30 win seasons in 1965, 66, and 1970.
​   The 1965 and 66 Benton teams matched the 1974 club that had just one loss. Five of our teams qualified for the state finals and faced off against schools like Dale Kelly's Galesburg team, Carbondale Terriers, and entire Thronton of Harvey squad.
It was Lassiter that played the most memorable gave in my broadcast career when he led the Carbondale Terriers to a victory in the 1967 Class 2A super sectional. One game that is embedded deep into my mind.
During my 16 years of play-by-play, my side kick and constant companion was my son, Steven Joe who became the best statistician in the broadcast industry. I love and cherish my role as a father and as an avid Benton Ranger sports fan.
Collins Was The Premium Package 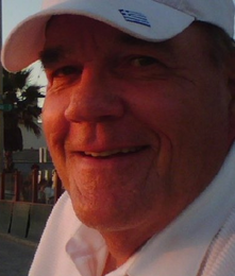 By: Joe R. Browning
I was fortunate to have the opportunity to call the play-by-play of every one of his high school games. I also traveled to Louisville, KY to describe one of his 1972 Olympic practice games. I became an early believer in his ability and his personage. He could have been anything he wanted to be, but he chose basketball and he was one of our nation’s finest.
Paul Douglas Collins is a national treasure. From his early days, Doug brought fame and glory to Benton and the surrounding area. His basketball accomplishments are well known, his exemplary personal life is enviable and his national broadcasts are exceptional. He is the total premium package.
Born in the Miner’s Hospital in Christopher, Doug grew up in Benton with his parents, Paul and Gerry Collins, brother, Jeff and sister, Linda. The family spent a few years living in the Franklin County Jail apartment when Paul Collins was Sheriff of the county. Doug told me that the basketball was his childhood’s best friend.
Doug’s high school basketball career is legionary and earned him the attention of Illinois State University and Will Robinson, the first black head coach in NCAA Division 1 basketball. The Hall of Fame coach told me years later that his success was due, in large part, to the Benton, Ill. graduate. Robinson and Collins are displayed together on a statue on the campus at Illinois State University.
Doug was chosen to represent his country in the 1972 Summer Olympics in Munich, West Germany. Two events are burned in the minds of viewers from those games. Terrorist attacked the barracks and killed 11 Israeli athletes. The moments seemed like hours as the terrorists played-out their killing spree. There was also the controversial gold medal basketball game featuring Doug’s game-winning free throws in the final seconds. But, officials added three seconds to the clock allowing Russia to take home the gold. The U.S. players refused the second place medals leaving them in the Olympic safe.
In 1973, I was a Benton announcer working at a West Frankfort (WFRX) radio station and my colleagues were stunned when Doug was the first overall pick of the NBA draft. Their doubts were soon dispelled when Doug won, not one, but three NBA All-Star honors with the Philadelphia 76ers. He returned as their coach and was the NBA Coach of the Year in 1997. He was inducted in the College Basketball Hall of Fame in 2016.
Recent television viewers are accustom to watching Doug as a color analysis on TNT and other national networks. Several teams have considered Doug for another coaching stent, but on September 19, 2017, the Chicago Bulls announced that he has joined their team as senior advisor of basketball operations.
While Doug has an exemplary professional dossier, his personal life is even more admirable. I do not know Doug to be a “Bible-thumper,” but I have been in his presence when he witnessed to younger athletes. He was a frequent guest in Benton Coach Rich Herrin’s locker room, there to share his faith with fellow athletes. His involvement with John Malkovich with the recent construction of the Events Center is further evidence of his compassion for others. Doug Collins is living a powerful sermon.
My five-year-old daughter, Kimberly was Doug and Kathy’s flower girl in their wedding ceremony in Genesco, Ill., Kathy’s hometown. After the beautiful ceremony, the couple followed Doug’s professional road-map and during the long and exciting trip, had two children. Chris is a former Duke University basketball player and is head basketball coach at Northwestern University. Daughter, Kelly played basketball for Lehigh University and is a school teacher in Pennsylvania. Knowing Doug as I do, he would much prefer I list their sports and personal accomplishments instead of his.
On a personal note, I remember conversations I have had with Doug. All are memorable, but my most prophetic was during the post-season tournament his senior year in high school. I told him, “You will undoubtedly do great things with a basketball but, you will “break-the-bank” sitting with a microphone in front of a TV camera.” I have great joy when I turn on my TV and see him describing the game he loves. He has had a good run, but I suspect the best of Doug Collins is yet to come.